Back to all news

In September 2019, members of the Güntner board took one of their regular trips to the Romanian city of Sibiu to check on progress of the construction of the company’s new Megafactory. But as they admired the 33,000 sq m hall that would soon be home to cutting-edge AI and robotics technology, they agreed that something was missing.

"Respect for nature is part of our DNA and we have a deep sense of responsibility to the environment."

“We are an environmental technology company, always focusing on designing sustainable cooling systems.” says Robert Gerle, global CSO. “And that means building a new factory is not just about lots of concrete and new machinery. Respect for nature is part of our DNA and we have a deep sense of responsibility to the environment. These aren’t just words or catchphrases, they’re a fundamental part of our business.”
But how could the company’s values of responsibility and sustainability become part of the fabric of the new plant? The Sibiu site looks out onto green fields, forests and the majestic Carpathian mountains. Wouldn’t it be great, everyone agreed, if the positive energy of the surrounding environment could somehow be brought within the four walls of the factory? “And at that moment, an idea was born,” says Klaus Wittek, the COO and leader of the factory project.

A few days later, in the Netherlands, Tonny van Hal’s phone rang. “It was a call asking me to fly to Sibiu to see the new Güntner factory,” he recalls. “Apparently they wanted to make it green. I thought to myself, now this is an interesting concept.”
Van Hal is Head of Therme NAT, a member of the Therme Group of companies that specializes in developing green concepts for businesses. He believes that plants in the workplace not only improve air quality but also reduce stress and contribute to good health, and there are many studies to back up his view.
“So I flew to Sibiu and had a look at the building, and I was surprised by how much natural light there was,” he says. The good light meant there were lots of possibilities for using plants, but at the same time, van Hal didn’t want to take up valuable production space. The answer, he decided, lay in the many concrete pillars holding up the roof. He set to work with Wittek and his team of engineers and within two weeks they had come up with a working concept, and a way of producing planters that could be attached to the pillars. 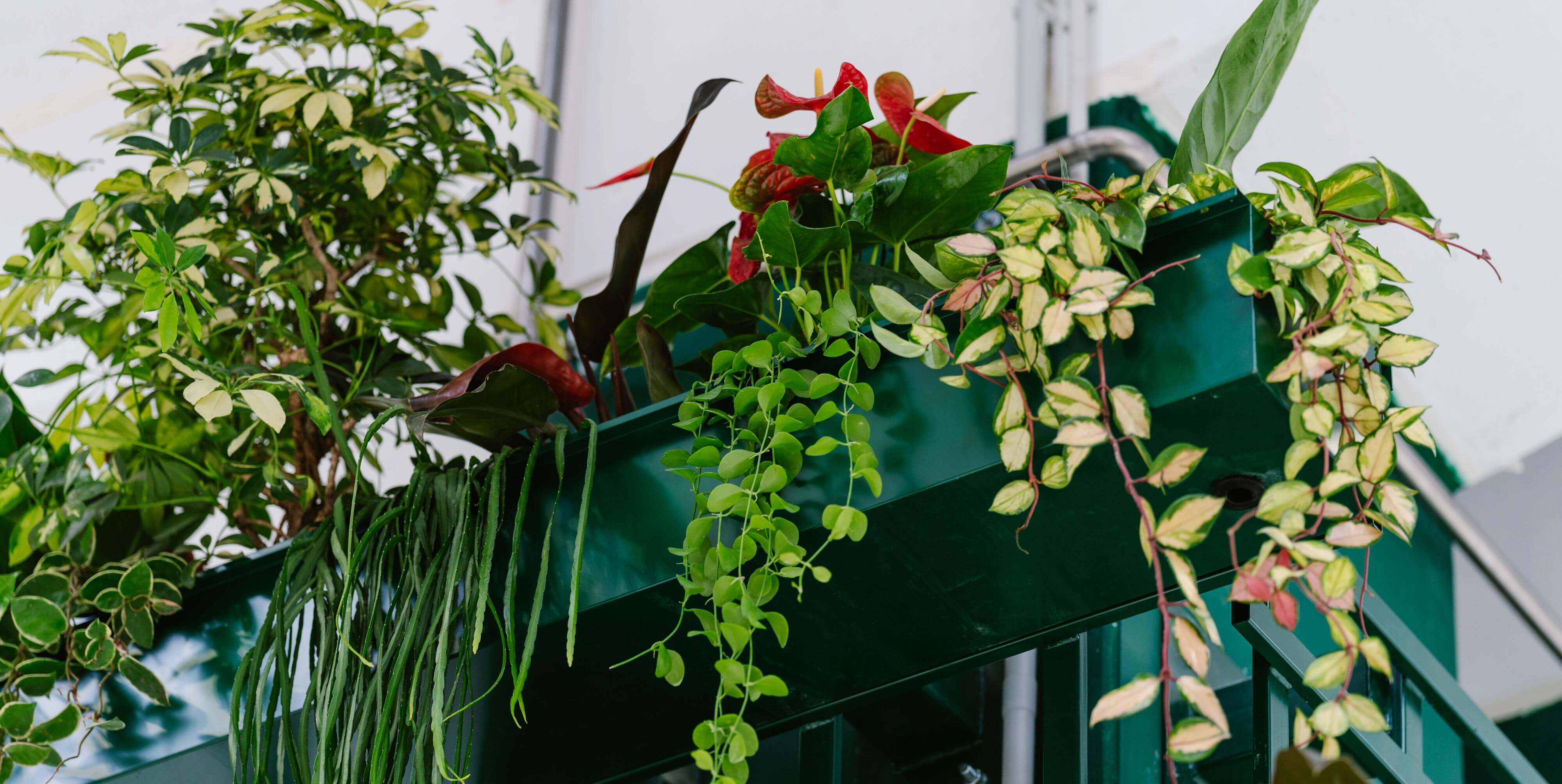 “We were very lucky because Güntner had this unbelievable machinery that enabled us to produce the planters directly in the factory,” says van Hal. Wittek laughs. “It was funny because we’d invested all this time and effort in new technology and the first items that we produced were plant pots!” And there were a lot of pots to produce – around 500 for each of the 60 or so columns that were being used. The factory’s powder coating installation was used to colour the pots green, and they were then filled with around 7,000 plants from three continents. Together with some island areas of planting, the entire project was completed in time for the factory’s grand opening in December, 2019.

“I smile to myself when I see people having a meeting sitting on the benches under the plants."

Wittek says he was worried about how the factory workers would respond to working in such an unusual setting, but his fears were quickly assuaged. Very soon after the opening, the plants had become the talk of the local city, and Wittek began to receive emails from workers at Güntner’s other factory at the site, asking if they could work at the new plant in the future.
His other worry concerned the ongoing maintenance of the plants. As he puts it, “It would have a very negative effect if we had a dying forest on our hands.” But the automatic watering and fertilizing system, plus the hiring of a couple of plant doctors, have kept the plants looking as good as new more than a year on.
“I smile to myself when I see people having a meeting sitting on the benches under the plants, it’s really nice,” Wittek says. He’s convinced that the green environment has produced a very positive feeling among the 300-strong workforce, which is reflected in the way that they work and the cooling systems they produce. 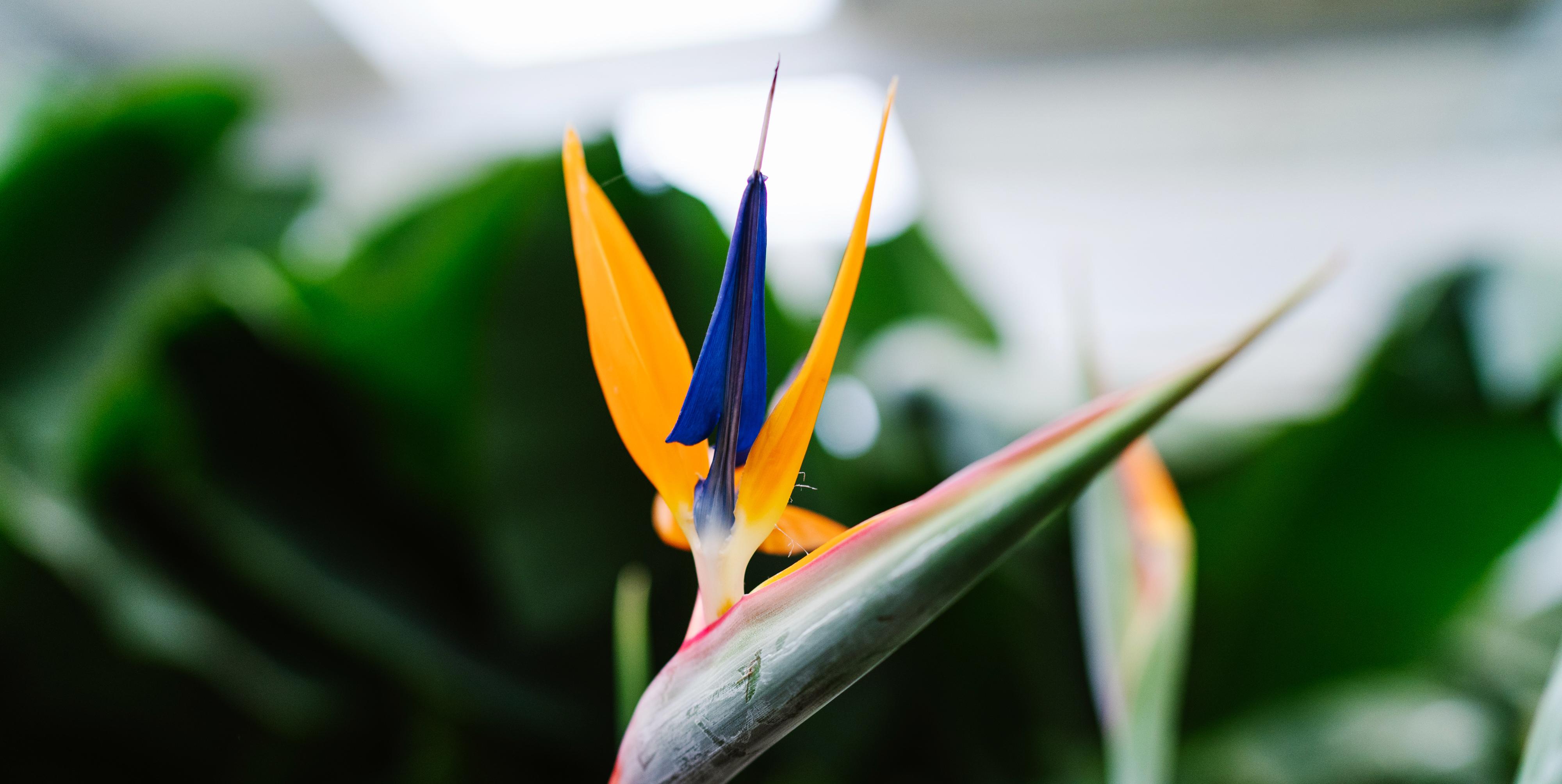 Both men believe that the project’s success owed much to the complementary skills of the Güntner and Therme NAT teams.
“It’s very seldom that an industrial guy like me has the possibility to meet someone like Tonny,” says Wittek. “It was a piece of luck, because there was a real synergy.”
“It was a really amazing atmosphere to work in,” says van Hal. “It’s always powerful to bring together different skills and different views. And both teams shared the same philosophy: a desire to make the world a better place.”

Discuss Your Next Project