For many decades, the alleviation of poverty amongst China’s huge population has been a major focus of central government policy. And there has been remarkable success: many millions have been raised above the poverty line, particularly in the country’s cities, where employment has grown significantly in line with economic growth. In rural areas, progress has proved slower, but in recent years the introduction of modern agricultural practices has been helping to turn the tide. And this is nowhere truer than in the countryside surrounding Zhaotong, a city in the northeast corner of the country’s Yunnan province. Thanks to the ideal conditions of high altitude and bountiful sunshine, apples have been grown here since the 1940’s and sold all over southern China. But more recently the so-called ‘City of Apples’ has introduced innovative approaches to its traditional practices, with the result that more than 300,000 local farmers have shaken off poverty in the region. 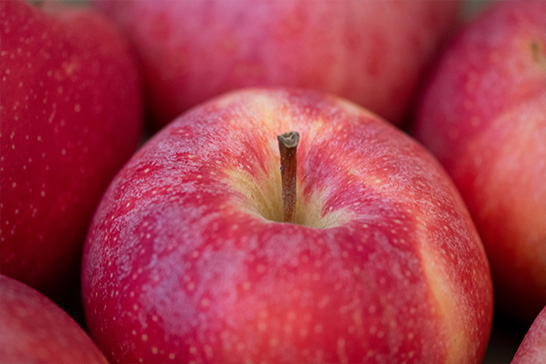 Setting the pace has been the Zhaotong Chaoyue Agriculture Company, based in the nearby Zhaoyang district. In 2018, the company decided to launch a new, high-end apple brand, Zhaoyang Red, which would be grown using advanced dense planting techniques, with short-stocked cultivars. A planting area of 4,150 hectares has already been established, making it the largest single area of this type of cultivation in the country, and this will be expanded to 6,700 hectares by 2022. An advanced drip-irrigation system is used to preserve water, and special ‘hail nets’ are used to protect the crops from adverse weather conditions. In keeping with its modern outlook, the company has brought in branding experts to establish the Zhaoyang Red identity, and as well as establishing retail channels with leading supermarket chains, it has also built an ecommerce platform to market its products.

Advanced techniques are also employed in its production facilities. At the Zhaoyang Red Cold Chain Logistics Park, a state-of-the-art sorting machine (the largest in China) can process up to 20 tonnes of fruit per hour, measuring the fruit according to a wide variety of parameters including size, weight and colour. Apples are a seasonal crop but demand is year-round, so in order to meet demand the fruit needs to be stored for up to eight months. Keeping the apples at their best for such a long time requires optimum storage conditions.

“THAT’S NO SMALL TASK WHEN YOU CONSIDER THAT THE NEW STORAGE FACILITY WAS BUILT TO STORE 40,000 TONNES OF FRUIT.”

“That’s no small task when you consider that the new cold storage facility was built to store 40,000 tonnes of fruit,” says Jason Dai, Güntner’s Sales Manager in China. “The challenge is not only to keep the apples cool but also at a high relative humidity of between 90 to 95 percent. On top of that, we also have to think about energy saving, in order to keep the operating cost of the refrigeration system low.”

With all these stringent requirements in mind, storage facility contractor Dehezi (Beijing) Artificial Environment Technology Company chose Güntner Agri Air Coolers and installed more than 200 refrigeration units in the new cold storage facility. Jason and his engineering support team designed a customised and purpose-built solution that not only ensures the apples’ quality but also operates with high energy efficiency. Unlike air coolers used for logistics warehouses, the Agri Air Coolers’ special air supply design not only helps to maintain high humidity but also produces a more uniform air flow while ensuring constant temperature distribution throughout the cold storage facility. “Thanks to Güntner’s innovative Air Coolers, we are able to keep our fruit fresh before it enters the retail market,” says an executive from the Zhaotong Chaoyue Agriculture Company. “Our Zhaoyang Red brand is positioned in the top ten percent of the apple market, so quality is key. Sustainability and reducing operating costs are also important to us,” he adds. “So when we first started to plan this huge cold chain logistics park, it was important to find cooling solutions that can bring us benefits for the long term.”

ZHAOYANG RED’S APPLES HAVE ALREADY BEGUN TO WIN AWARDS FROM NATIONAL ORGANISATIONS FOR THEIR TASTE AND JUICY TEXTURE, BUT MORE SIGNIFICANTLY THE COMPANY HAS ALSO WON RECOGNITION FOR ITS ACHIEVEMENTS IN HELPING THE POOR: IT’S ESTIMATED THAT MORE THAN 57,000 PEOPLE WILL BE LIFTED OUT OF POVERTY THANKS TO ITS EFFORTS.