In the Mexican federal state of Michoacán, the heart of the country’s ‘Avocado Belt’, lies Lagunillas. Previously of little economic importance to the number one avocado-growing region in the world, this town of a few thousand inhabitants has quietly become the scene of a small industrial revolution. Mexico accounts for roughly one third of global avocado production. Most of this takes place in Michoacán where at higher altitudes the perfect conditions are found for growing the most popular avocado variety ‘Hass’. To assuage the world’s growing appetite for this delicacy, today almost all of Michoacán’s avocados are exported.

As it ripens off the tree, the fruit must be delivered and served at just the right time in order not to take up too much storage space or end up as food waste. A common way to achieve this has been to accelerate the ripening process just before sale. But this requires chemical treatment at the point of destination.

So, isn’t there an easier way to export avocados? This is what Corporativo La Viña, a company with decades of experience in avocado production, asked themselves. Their idea sounds simple: quick-freeze and ship ripe avocado halves to be defrosted as desired. But in fact, the kind of facility required for this had never been built, which left Alia Yhamel and Miguel Gutiérrez, the young engineers put in charge of designing it, a mountain to climb. La Viña chose to build the plant in Lagunillas, a small town with easy access to Michoacán’s avocado orchards. Despite its strategic location, it had been paid little attention so far by industry and the government, leaving it with a lack of infrastructure and economic activity outside of agriculture. This made the new plant not just an important step in the development of La Viña’s business but the entire region.

“THANKS TO THIS PROJECT, LAGUNILLAS APPEARS ON THE MAP.” 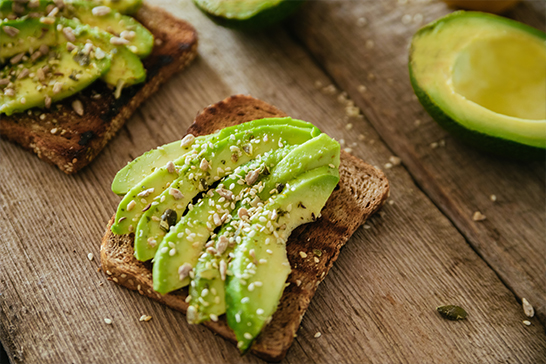 To design the world’s first avocado quick-freezing plant, the engineers teamed up with refrigeration specialist RR Refrigeración Industrial Aplicada. They centred their plans on an Individual Quick Freezing (IQF) tunnel where the cleaned, ripened and cut avocados are chilled to -40 °C before being vacuum-packed and sent on to the warehouse. The plant can process 150 tons of fruit per week, which is stored in twelve chambers with 48 tons capacity each.

To cover the plant’s air conditioning and refrigeration requirements, the team opted for a custom cooling system with an ECOSS 2.0 Condenser from Güntner to feed the natural refrigerant ammonia to the air coolers. For the 25 Dual VARIO Air Coolers, Güntner provided specially customised heat exchangers for avocado ripening. Their flexible dual-discharge design helps distribute the air evenly throughout the ripening and cutting rooms, ensuring the fruit’s consistently high quality. Similarly, in storage, ten Cubic VARIO Air Coolers equipped with tailor-made fans keep the temperature at a uniform -22 °C while meeting the highest hygiene standards.

The cooling system is made more sustainable by treating all the water processed by it and the entire plant in accordance with Mexican Official Standards (NOM). This allows the water to be reused for irrigation, which is especially valuable in the water-intensive avocado industry. Right from the start, the project’s positive impact was evident: By counting on the people of Lagunillas to build the necessary roads, it offered them a reliable source of income. What’s more, ever since its opening, the plant has been providing employment to 700 people directly as well as an estimated 1,000 more at its suppliers.

These numbers are only going to increase as the plant is now firmly established as an international supplier of frozen avocado halves – particularly to hotels and restaurants in France, Portugal, and Spain, who value their consistent, perfect ripeness. Given this success, La Viña is already planning extensions for quick-freezing more of Mexico’s delicious fruits, including berries, mangos, and pineapples. That’s good news for food lovers. And good news for the people of Lagunillas.

“IT’S AMAZING TO BE ABLE TO COMPLETE SUCH A HIGH-TECH PROJECT SUCCESSFULLY AT THIS QUALITY.”