We live in a wasteful world. Every year, the Earth’s towns and cities produce more than two billion tonnes of solid waste, with levels projected to triple in some parts of the world over the coming decades.

Most of this waste is collected and disposed of on a landfill site. And while this takes our rubbish out of sight, it creates a major environmental issue in the form of ‘biogas’, a combination of two-thirds methane and one-third carbon dioxide that’s generated in large amounts as organic waste decomposes. Methane is a powerful greenhouse gas that traps heat in the atmosphere more efficiently than carbon dioxide and is currently responsible for around a quarter of global warming.

But with the help of technology, the process of biogas production can be optimised and controlled, and a potential negative can become a positive. Once captured, biogas can be used to power an internal combustion engine and generate electricity. Although this process creates some carbon dioxide emissions, these are considered climate-neutral, as the biogas is derived from plant matter that has fixed the carbon from atmospheric CO2. 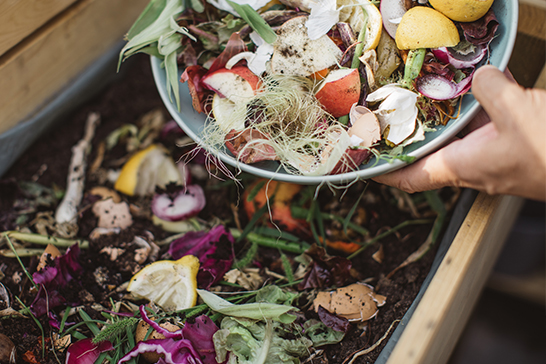 The production of energy from this renewable source creates considerable heat, however, and this is where Güntner’s cooling systems are playing a crucial role around the world.

The Hangzhou Tianziling landfill near Shanghai is not only one of China’s largest sites but also probably its best known: in 2019, it was featured in a popular reality TV show, introducing viewers to the concept of converting kitchen waste into electricity. The site has an installed capacity of more than 16MW, with an average daily consumption of more than 320,000 cubic metres of biogas. On average, the plant generates enough electricity each day to power around 200,000 homes.

On the roof of the site’s biogas-powered electricity generating station can be found four Güntner V-shape VARIO Dry Coolers. There are two separate water-cooling circuits with different temperatures that keep the Caterpillar generators working at optimum efficiency, and both are regulated by the space-saving Güntner Dry Coolers.

Such a huge installed capacity sets a very high requirement on the generator, which means the cooling system has to be the best there is. That’s why Caterpillar chose Güntner.

“OUR DRY COOLERS HELP TO MAINTAIN CONTINUOUS AND STABLE OPERATION IN HIGH TEMPERATURE ENVIRONMENTS, WHICH IS WHY THEY’RE SO ATTRACTIVE TO SO MANY PRESTIGIOUS CUSTOMERS.”

Güntner’s cooling systems can also be found at many other landfill sites across China, as well as in other parts of the world, including Germany, Italy, Mexico and Brazil.
In Paulinia, a municipality in the Brazilian state of Sao Paulo, 5,000 tonnes of waste will soon be processed every day at the landfill site currently under development by waste management company Orizon. And here, biogas will be put to two different uses. While some will be used to generate electricity, the rest will be purified into biomethane, which can be sold as an alternative to natural gas, both to distributors and directly to industry. Biomethane is an attractive proposition, because apart from its sustainability benefits, it also has the advantage of stable prices compared to natural gas.

Either way, Güntner’s cooling solutions have it covered. Its Flat VARIO Dry Coolers will be used in both Orizon’s biogas production plant and also the electricity generator installed by AB Energy. In the latter case, the very high temperature of the system required a special, customised solution to be devised by Güntner. As part of this, the fans were positioned beneath the dry cooler, rather than on top of it.
Most of Brazil’s energy currently comes from hydropower, but in recent times, the country has suffered from a lack of water, so the importance of biogas is likely to increase.

“ELECTRICITY GENERATED FROM BIOGAS IS MOST DEFINITELY A GROWING MARKET IN BRAZIL, AND ONE FOR WHICH GÜNTNER HAS A PROVEN SOLUTION.”

Garcia adds that in the north of Brazil, the energy network is not widespread, and people often struggle to get access to electricity. Local biogas generating plants could be a simple way to solve that problem, he believes.