It’s estimated that more than two billion people worldwide currently shop online – that’s around a quarter of the world’s population. The figure has grown by more than two thirds over the last five years and is predicted to continue to increase.

Often without realising, all these shoppers rely on data centres around the world to host the back-end infrastructure that ensures a reliable shopping experience and provides a secure space to store the data from their transactions. This is the world of cloud computing, and as demand grows for more cloud services, particularly those involving high-performance applications such as AI and cryptocurrency mining, data centres are not only proliferating but ramping up the amount of energy they use. 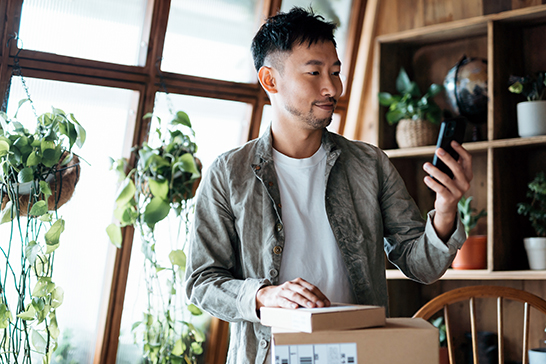 And that creates a challenge: already, data centres consume around one percent of all global electricity. Much of this is used to power the servers, but these in turn produce heat and need to be cooled – overheating can cause expensive downtime. A significant amount of energy is also required for this: according to one estimate*, 38% of the electricity needed in data centres with traditional air-based cooling technologies is used just to cool the electronic components.

One solution to this challenge that’s been growing in popularity is so-called ‘immersion cooling’. This involves submerging servers in liquid that doesn’t conduct electricity but does conduct heat, so the heat can be dispersed efficiently without short-circuiting the equipment. Data centres that use immersion cooling are more efficient and have a smaller carbon footprint than those using air-based cooling.

In Zhangjiakou in northern China, a data centre run by one of the country’s biggest ecommerce companies has been using immersion cooling successfully since 2017. And Güntner has played a key role in making it work.

The centre uses a ‘two-phase’ system. Its servers are hermetically sealed inside a chamber, and as they operate, the liquid surrounding them heats up until it evaporates. Vapour rises and then condenses at a cooling spiral at the top of the chamber, before the condensate drips back down, and the evaporation cycle continues. But how can the heat be dissipated? This is where Güntner’s technology comes in.

“Working on an immersion heating project like this represented uncharted waters for us at the time, but we were always confident our dry coolers could do the job. And we were willing to help and work with the client to find the best solution for this innovative project.”

Four energy-efficient Güntner V-shape VARIO Dry Coolers equipped with hydroBLU™ reach an overall capacity of 1,060kW providing a high-performance cooling system on the outside of the building. As long as the ambient temperature is low enough – which is usually the case in the local climate – the cooling cycle consumes no water or other fluids apart from the initial input. But when additional cooling is required, adiabatic cooling is activated and dynamically adjusted by Güntner´s refrigeration solution. The data centre saves about 95% of cooling energy and 80% of cooling costs compared to those using conventional systems.

Demand for immersion cooling systems is on the up. Last year, the market for this revolutionary system in data centres was valued at $400m, but this is forecast to increase to $1.6bn by 2027.

“This project shows Güntner’s can-do attitude. Nobody had done this before, but we accepted the uncertainties, embraced the challenge – and we solved it. And in the future we will work on many similar projects.”

In China, Güntner’s technology proved crucial for the success of a system that brings both costs savings and considerable sustainability advantages. We look forward to helping to roll out this pioneering technology all over the world.