Brazil is one of the world’s top five consumer markets for milk and dairy products, and Selita is one of its leading dairy companies. “Healthy, tasty and reliable” is how it describes its many products, which include butter, cheese and yogurt, as well as fresh, UHT and powdered milk. The health benefits of milk and dairy are well known: they typically provide almost a third of our recommended calcium intake, as well as a wide range of nutrients. For vegetarians, dairy is the main dietary source of vitamin B12.

Founded in Brazil’s southeastern state of Espirito Santo as a co-operative as long ago as 1938, Selita has weathered various storms over the years: from the end of government pricing and the entry of multinationals into the domestic market to the introduction of Long Life milk, which threatened Selita’s own packaged milk product. In recent times, the company has grown and modernised, while maintaining its co-operative ideals, and has established itself as a firm consumer favourite. 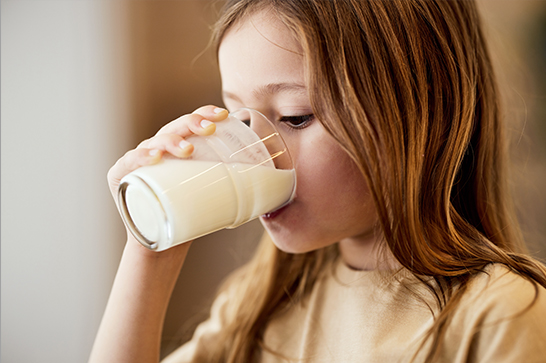 In 2017, Selita began the construction of a huge new US$25 million industrial park in Safra, not far from the Espirito Santo municipality of Cachoeiro de Itapemirim. The aim of the new facility was to allow the company to double its production capacity to 850,000 litres per day while also reducing the amount of water and energy used compared to its previous plant. In financial terms, the target was to cut expenditure by US$200,000 a month, but sustainability was also at the heart of the project – in addition to the water and energy savings, other environmentally friendly initiatives included paving the access road to the plant with a by-product of the steel processing industry. The factory also uses state-of-the-art technology, including an automated production line.

Selita originally approached Güntner in Brazil with the intention of simply purchasing Güntner Air Coolers for the new plant, but Güntner responded with a proposal to supply the entire cooling system, including stratification and thermal accumulation tanks.

“The plan basically was to supply everything needed for an entire refrigeration system,” says Adriano Gonçalves da Silva, Technical Sales at Güntner in Brazil. “As well as three Güntner ECOSS 2.0 Condensers in stainless steel, with built-in smart control systems, this included screw compressors, chillers, an oil cooling system and an automated monitoring system.

“Because the refrigeration system operates automatically and intelligently, monthly and annual energy consumption is reduced,” adds Gonçalves. “That goes from the loading of thermal energy in the tanks, to the optimisation of the flow of the hydroalcoholic solution, to control of RPM in the screw processors depending on demand.”

“By offering a complete solution, focused on optimisation and the reduction of costs, we convinced Selita that in addition to hiring a market leading company, it was also getting the best opportunity to obtain value for money.”

The new industrial park was opened in October 2021, and was hailed by the company’s then president, Leonardo Monteiro, as a milestone in the co-operative’s history.

“This new park will allow a significant reduction in costs compared to our previous factory. In addition, with the new equipment and modern structure, it will generate more efficiency in all processes.”

As well as established products, the refrigeration plant will allow the manufacture of new ones, such as ricotta cheese. “The factory is sustainable in all its processes, and also increases productivity. We can produce an increased range of products to meet the wishes of our consumers, while also bringing better remuneration for the members of our co-operative and significantly improve the cooling capacity of milk received from cooperative members.” Said Moreira.